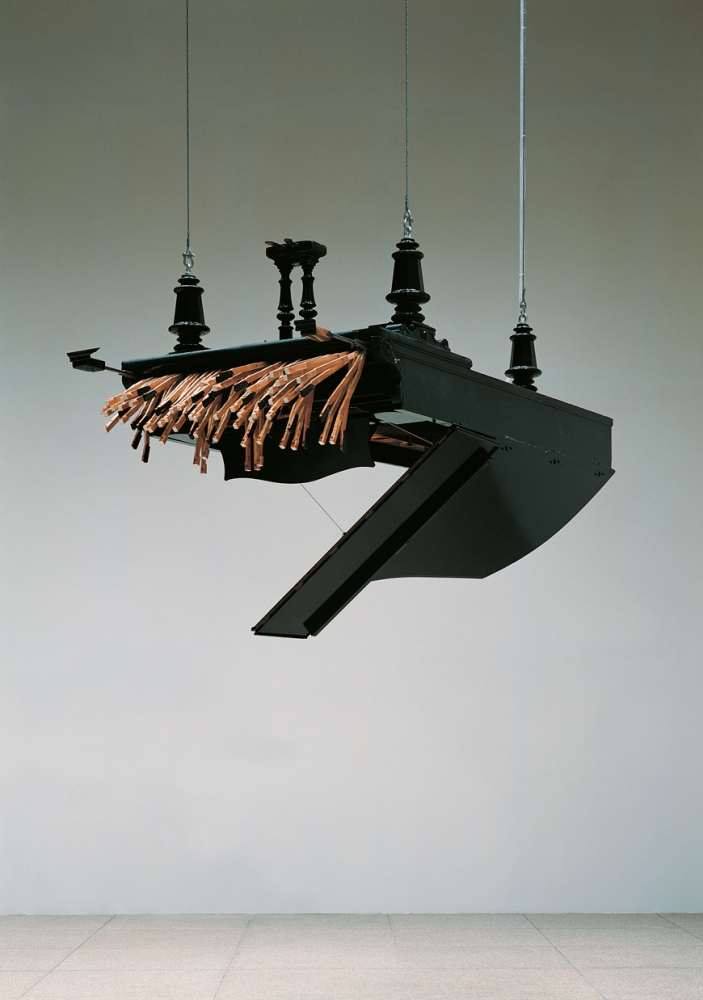 The Kunsthistorisches Museum Vienna presents, in cooperation with the Archive of the Gesellschaft der Musikfreunde in Vienna, an unusual homage to Ludwig van Beethoven (1770–1827).

His universal and unique reception, the epochal significance of his music, but also the perception of his deified persona, create numerous entry points; high and popular culture, commerce and politics all form an inexhaustible reservoir for inspiration and appropriation.

The exhibition brings together paintings by Caspar David Friedrich, sketchbooks by J. M. W. Turner, graphic works by Francisco de Goya, Anselm Kiefer and Jorinde Voigt, sculptures by Auguste Rodin, Rebecca Horn and a new work developed for the exhibition by Tino Sehgal, a video by Guido van der Werve and much more, all of which are brought into dialogue with the music and persona of Beethoven. The exhibition will thus build a bridge with the present: masterpieces of fine art form connections with music and silence.

Rebecca Horn exhibits Piano, 1990. After lengthy phases of silent inertia, this melancholic and tragic machine behaves in a surprising – and therefore almost human – manner: the piano’s lid falls open and the keys suddenly fall out of their fittings, abandoning their state of rest and accompanied by a sound like all the strings being struck simultaneously fortissimo. The instrument remains in this new configuration for a while before retreating into itself again with a harp-like glissando. Is this breakout an act of liberation or of despair? Is Rebecca Horn’s machine sculpture overstrained or does it overstrain us?

With his compositions, Beethoven at any rate continually tested – and went beyond – the limits both of his audiences and of piano-makers. He eagerly watched out for advances in piano construction, propelling these in turn through his artistic visions – the tonal visions of one who was deaf. As in Rebecca Horn’s oeuvre, surprise in Beethoven’s music sometimes comes in the form of a shock.