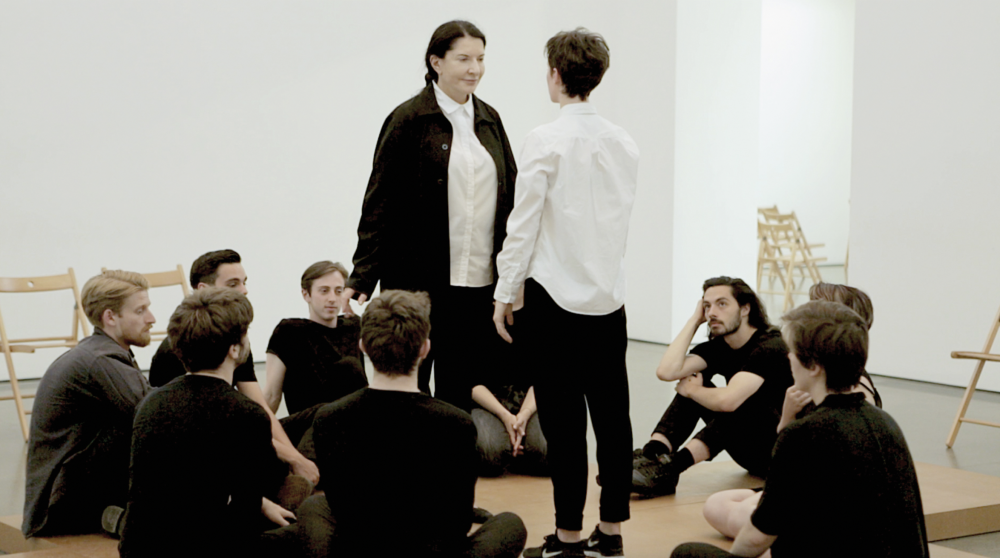 Marina Abramović invites the audience to take part in her landmark exhibition ‘512 Hours’. An iconic performance artist at work.

In the summer of 2014, tens of thousands of guests flocked to the Serpentine Gallery in London to experience Marina Abramović’s exhibition ‘512 Hours’. But when it opened, it dawned on everyone that the audience itself was the actual work in the iconic performance artist’s landmark exhibition. The audience members were also active participants and co-creators of the social experiment, which – set against the minimalist background of the gallery’s empty space – developed continuously into new, unpredictable directions during the three weeks (or 512 hours) in which the exhibition took place, while Abramović herself took part in the performative ritual. Adina Istrate and Giannina La Salvia documented not just the show itself but also the creative process and not least what it meant to some of its many participants. Everyone had highly different and often deeply personal experiences, which for many became the beginning of a healing process. After one year of social distancing, ‘512 Hours’ feels even more generous in its radical vision for new and free communities. We experience a unique artistic talent in action in a film that ranks among the finest takes on creative thinking and practice.