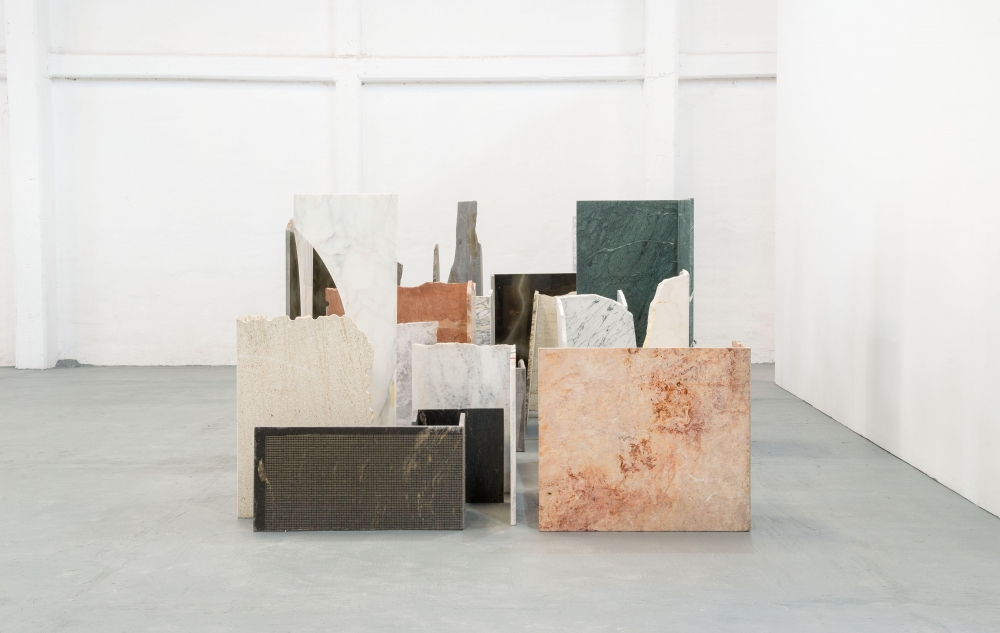 In the project Pensar como una montaña, produced specifically for the Amparo Museum, Dávila starts from the question about the material and phenomenological quality of the stone - one of the original elements, not only in sculpture but also culturally. An element that arises and is in nature; also used by the human being to erect its buildings, while in time it survives as a vestige. From sculptural and pictorial work, Dávila investigates the different powers of matter and form, the frequencies of transmission of the meanings that they entail, as well as their relationship with the exhibition space.