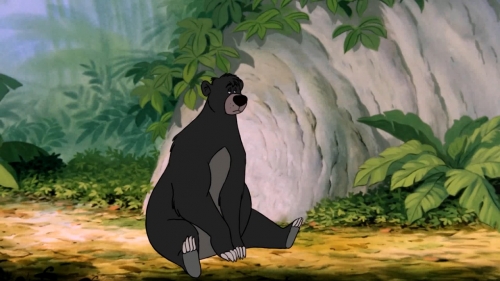 SINCE THE 1990S, THE BELGIAN ARTIST DAVID CLAERBOUT (1969) HAS BEEN DEVELOPING A WORK THAT RANGES FROM PHOTOGRAPHY TO DIGITAL ANIMATION AND VIDEO INSTALLATION. IN PARTICULAR, IT SHOWS TO WHAT EXTENT THE HISTORICAL OPPOSITION BETWEEN THE CHARACTERISTICS OF CINEMA (AS A MOVEMENT) AND PHOTOGRAPHY (AS A STILL MOMENT) IS NOW BLURRED.

At LE BAL, the artist presents a short version of The Pure Necessity, a 2D animation film created in 2016, freely borrowed from a classic cartoon, The Jungle Book. The decor of the Disney forest is imagined by the artist as a world in which animals behave not like humans, but like animals. Produced by a team of professional animators under the direction of David Claerbout, this recreation reveals the anthropomorphic dimension of the great animal stories of cinema.

This meeting is organized as part of the Seminar Economics of the picture: Animated/inanimated with the University Paris 8 Vincennes-Saint-Denis and the support of the University School of Research ArTec. It aims to reconsider the archaeology of image animation and reflects on the orientations that are brought about by the ongoing technological changes.

It will be moderated by Christa Blümlinger and Jean-Philippe Antoine :

Christa Blümlinger is professor of film and audiovisual studies at the University of Paris 8 Vincennes-Saint-Denis, specialised in forms of documentary and avant-garde cinema. She is notably the author of Second-hand Cinema. Aesthetics of reuse in the art of film and new media (Klincksieck, 2013). She directed the book Gestes filmés, gestes filmiques (ed. Mimesis, 2018) with Mathias Lavin.

Jean-Philippe Antoine, professor of aesthetics and art critic, teaches at the University of Paris 8 Vincennes-Saint-Denis. His research focuses on the question of memory, image and place from a philosophical and anthropological perspective. His recent publications include Farces et attrapes: inventing images (ed. MAMCO 2017) and a translation of Samuel Morse’s writings (Les Presses du Réel, 2018).