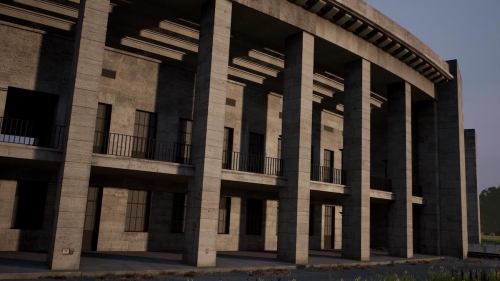 The world’s only Biennial devoted to photography relating to industry and work presents 11 exhibitions: 10 exhibitions in venues around the city centre and Anthropocene at MAST. The central theme of Foto/Industria 2019 is the built environment: a crucial element intimately rooted in the nature of the human species, explored here from every angle, from its historic and philosophical roots to its inevitable scientific implications. It is this activity which has given rise to the technosphere: the whole set of structures that humans have built to ensure their survival on the planet. Weighing an estimated trillion tons, this artificial layer over the earth’s crust was defined as the Technosphere by Peter Haff. The MAST Foundation has entrusted the artistic direction to Francesco Zanot to carry on with the project of the Biennial that François Hébel started in 2013.

The IV edition of Foto/Industria presents celebrated names in the history of photography, whose images now form part of a shared iconic heritage, great contemporary artists and young internationally established photographers, showcasing techniques ranging from the purest and most traditional uses of photography to the most innovative experimentation.

Olympia is the most ambitious and visionary project ever undertaken by Belgian artist David Claerbout. The subject is the famous Olympiastadion in Berlin, renowned for having hosted the 1936 Olympic Games, designed by architect Werner March. According to its original plan, the stadium should survive for a thousand years: in fact, this was the duration expected by the hierarchs for the entire cycle of the Third Reich. For this work, David Claerbout questioned how the Olympiastadion ought to look in a millennium, and developed a complex computer graphics software that simulates the degradation of architecture in real time in a large format projection, to the point of its total disappearance.