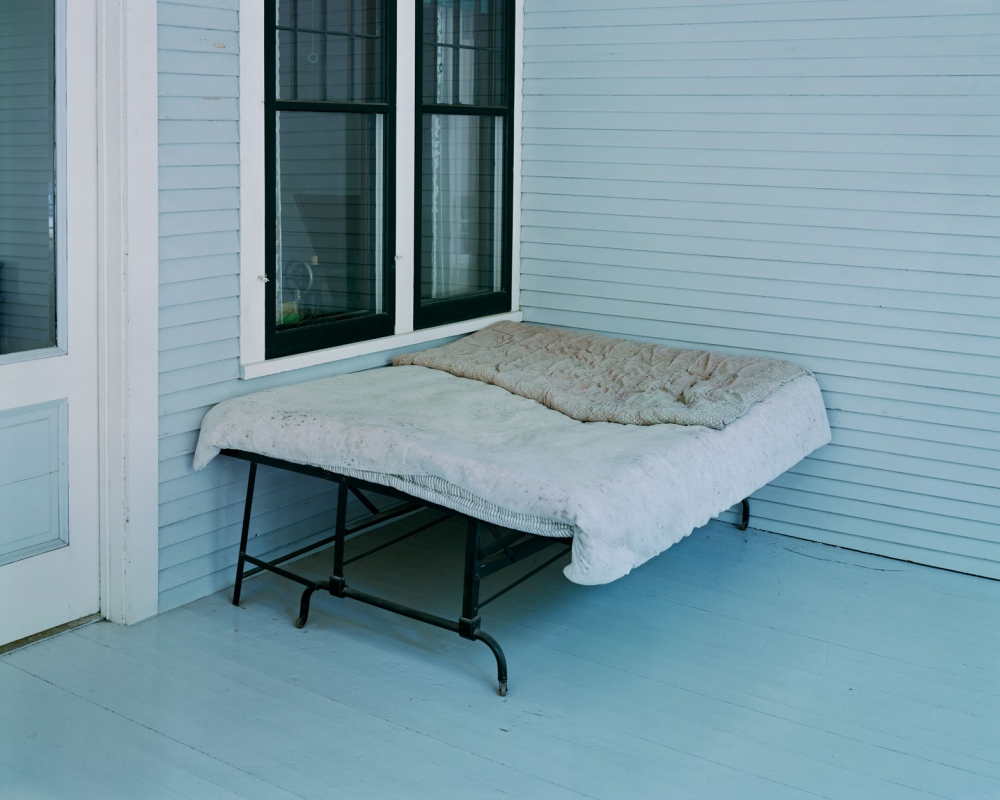 This is renowned American photographer Alec Soth’s first exhibition in Israel.
Soth, born in 1969, continues the legacy of American road trip photographers such as Robert Frank, Walker Evans, Stephen Shore and Joel Strenfeld, while simultaneously crafting his own unique and distinct photographic language.

With his large-format analog camera, Soth has been telling the story of America for many years now. His photographs are visually stunning and yet intimate, poetic and moving.

The exhibition features 25 works selected from 46 meticulously-crafted color prints which comprise Soth’s iconic project, Sleeping by the Mississippi, a career breakthrough for one of the most important and influential photographers in the world today.

Sleeping by the Mississippi was first exhibited in May 2004 at the Whitney Biennial in New York, where it generated great interest, and was published as a book in June of that year. The book has since become a classic and was published for the fourth time, in a new edition, in 2017.

Soth spent five years photographing along the banks of the Mississippi river, from northern Minnesota down to the derelict Mississippi Delta. The project includes landscapes, still-lifes and portraits. This combination of multiple genres deepens the travelogue and invites the viewer to piece together the puzzle masterfully and delicately crafted by Soth.

Soth depicts his subjects with acceptance and compassion, without judgement, and thus creates an intimate, melancholic and touching portrait that is larger than the sum of its parts.

In reviewing this body of work 15 years after its initial publication, it is clear that it not only tells the story of America and its people, but touches on themes which are relevant to each and every one of us, all across the globe.