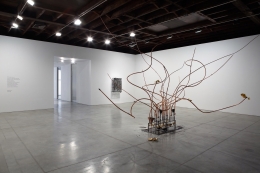 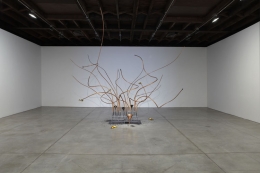 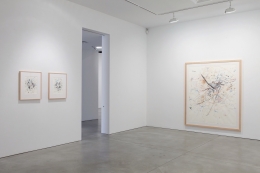 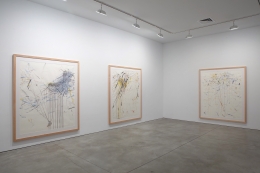 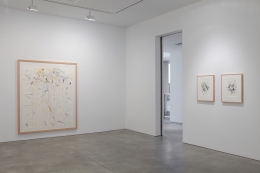 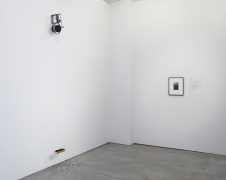 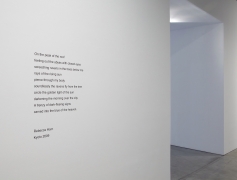 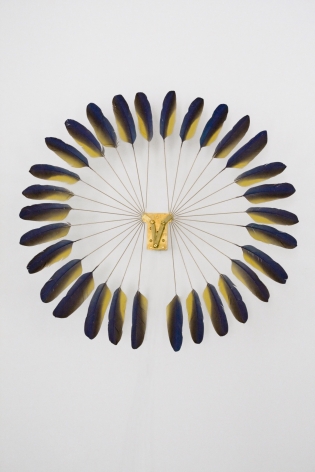 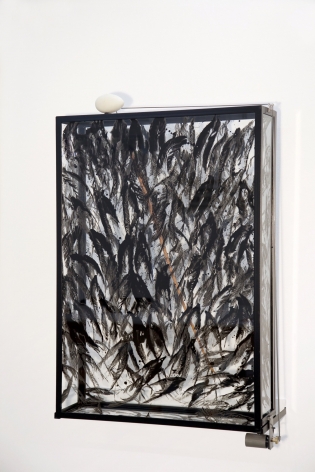 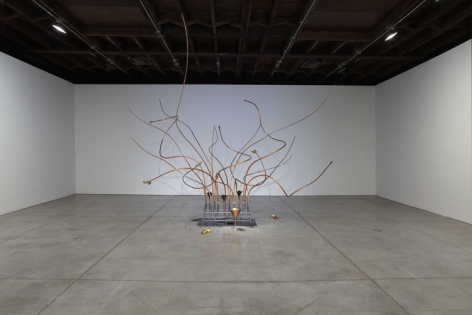 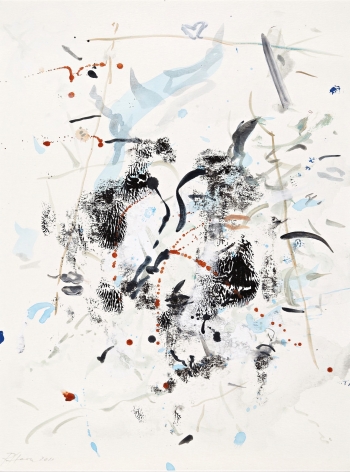 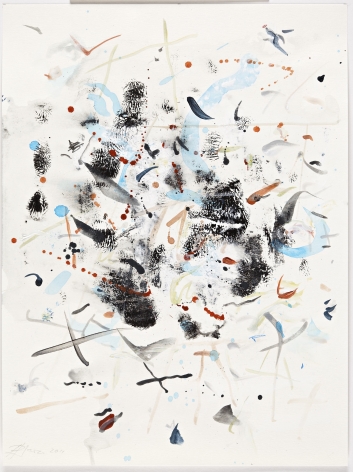 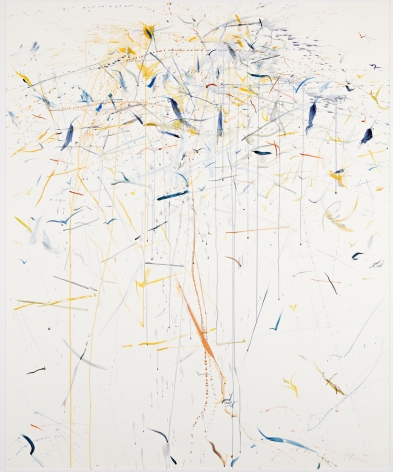 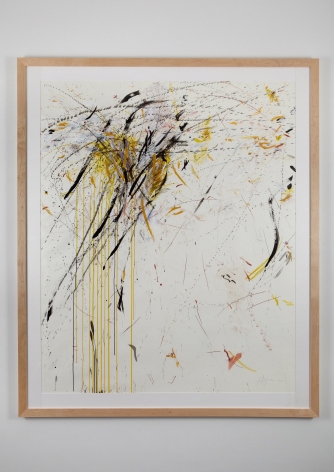 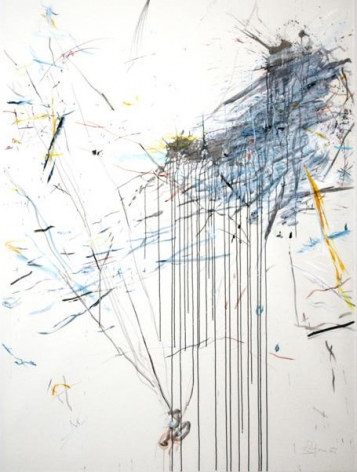 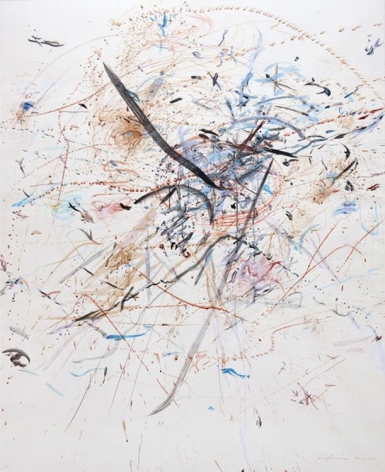 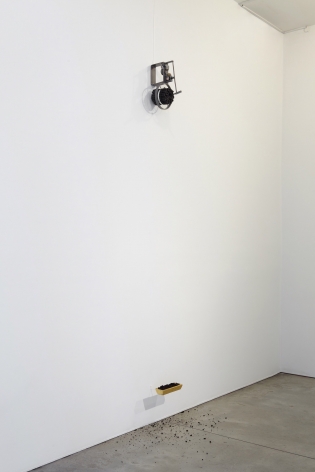 Sean Kelly Gallery is delighted to announce the opening of Rebecca Horn’s new exhibition, Ravens Gold Rush. The opening will take place on Thursday, October 27, from 6pm until 8pm. The artist will be present.

Ravens Gold Rush will include a rare early sculpture, important new paintings on paper and a new large-scale sculptural installation. The title of the exhibition refers to Horn’s 1986 New York show, The Gold Rush, which took place in a time of international financial uncertainty. The eponymously titled sculpture from this exhibition will be installed in the first gallery; it is comprised of a small hammer that repeatedly chips away at sticks of charcoal, the residue of which falls onto a gold bar. Twenty-five years later, during the current global state of social and financial turmoil, this earlier work creates a context for the major new installation that will be featured in the main gallery: a mechanized, multi-branched structure that functions almost like a moving tree. The “branches” culminate in bird-like beaks that snap open and shut while ravenously consuming gold. The four large paintings on paper that will be installed in the second gallery draw their inspiration from Japan, a country to which Horn has a long creative and spiritual connection and which recently suffered significant natural and man-made crises. Created in the spring and summer of 2011, they are some of Horn’s most poignant paintings to date, rich with the artist’s iconic, lyrical, gestural marks. As the critic Joan Waltemath stated, “the virtuosity of Horn’s mark-making is ubiquitous, giving over to a surface of consequence in the restraint of what initially might have become an outpouring.”

Horn’s work is included in major public collections worldwide including: The Solomon R. Guggenheim Museum, New York; The Museum of Modern Art, New York; the Museum of Contemporary Art, Los Angeles, Castello di Rivoli Museum of Contemporary Art, Turin, Italy; the Tate Gallery, London; the San Francisco Museum of Modern Art, San Francisco; the Musée National d’Art Moderne, Centre Georges Pompidou, Paris; the Stedelijk Museum, Ams- terdam; the Van AbbeMuseum, Eindhoven and many others. She has participated in Documenta and the Venice Biennale on a number of occasions; she has been the subject of a major retrospective at The Solomon R. Guggenheim Museum, New York and was recently awarded Japan’s prestigious 2010 Praemium Imperiale Prize in Sculpture and the Grande Médaille des Arts Plastiques 2011 from the Académie d’Architecture de Paris.

In conjunction with the opening of Ravens Gold Rush, the Rubin Museum will host the North American premiere of Horn’s new film, Moon Mirror Journey (2011), on Saturday, October 29th at 4pm. Directed and narrated by Horn, the film is, in her words, “a sufi’s journey” through some of her most compelling, site-specific large-scale installations and exhibitions, including the Concert for Buchenwald (1999) and the Spiriti di Madreperla installation in Naples (2000). The screening will be followed by a Q&A with the artist, offering a rare opportunity to hear Horn speak in public about her work. Tickets are $12 and include admission to the museum. They can be purchased on the Rubin Museum website: rmanyc.org or via phone at 917.254.7859. 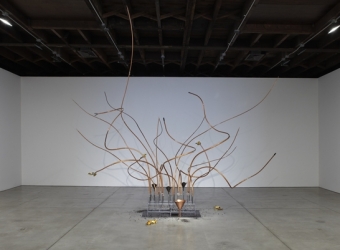