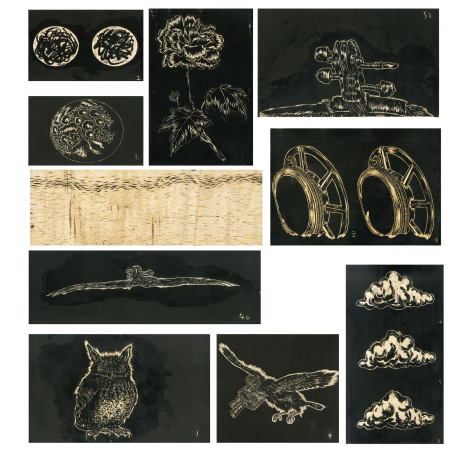 Time Spy (2016) is a mesmerizing 3D animated film by Chinese artist Sun Xun (b.1980). A superb painter and draughtsman, Sun Xun incorporates traditional techniques including ink painting, charcoal drawing, and woodblock printing into his films. His masterful use of analog and digital technologies to explore pressing concerns of our time makes him one of the most compelling artists working in new media.

Based in Beijing, Sun Xun was born in Fuxin, northeast China. He studied printmaking at the China Academy of Fine Arts, and founded Pi animation studio in 2006. Growing up in the aftermath of the Cultural Revolution, he has long been interested in how history is constructed for official purposes, as opposed to how it is lived and experienced by ordinary people. He has been the subject of solo and group exhibitions at major museums worldwide, and has received numerous honors.

Time Spy was conceived as part of a project called Reconstruction of the Universe, a multimedia installation Sun Xun made for the second edition of the Audemars Piguet Art Commission, a prestigious program that supports artists in the creation of works of “exceptional complexity, precision, and experiential impact.” A shortened version was screened at midnight at Times Square in July 2017.

Sun Xun’s Time Spy will be on view in the Pavilion Gallery, Ting Tsung and Wei Fong Chao Center for Asian Art, August 11, 2019–February 16, 2020.Time Spy comes to The Ringling Museum of Art courtesy of the artist and Sean Kelly, New York.