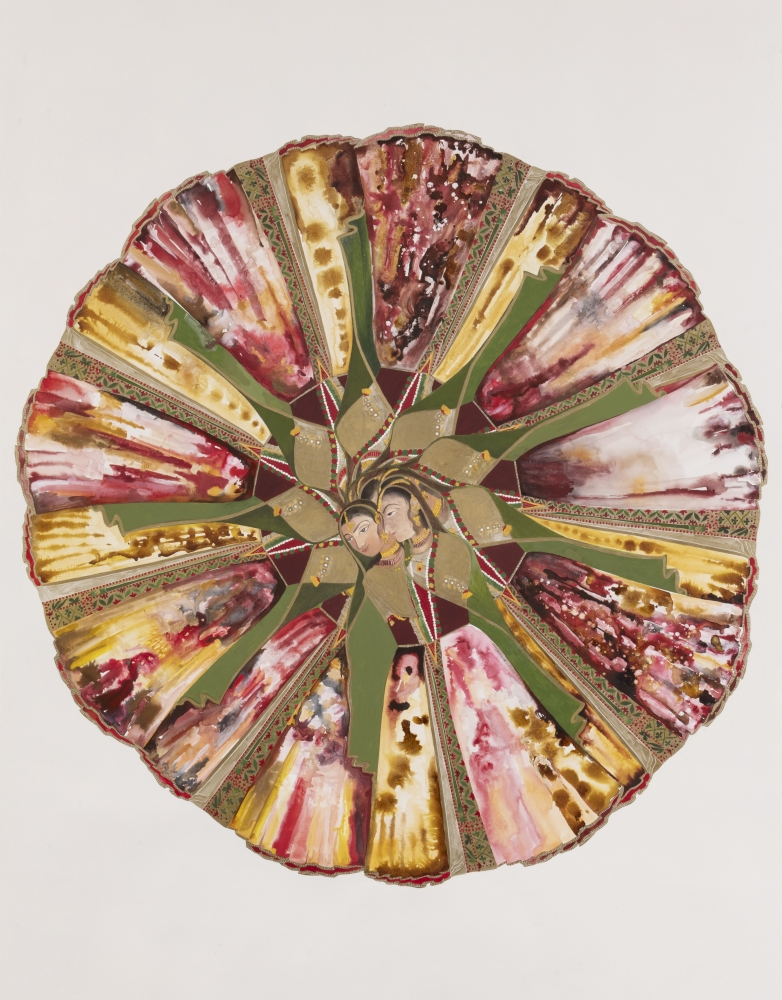 Shahzia Sikander takes classical Indo-Persian miniature painting as the point of departure for her work. From premodern beginnings to contemporary influences, it is precisely this historical continuum and its continuous capacity for reinvention that has sparked Sikander’s visually rich engagement in multiple media. The works in the exhibition explore tensions between power and powerlessness to present transformative ideas. Sikander's interest in sociology, psychoanalysis, and the examination of how culture and society shape the imagination is all fodder for her work. The ways in which violence, systemic racism, class and cultural fears are deeply entrenched in media and political representations, be it the fear of the unknown, the migrant, the immigrant, the Muslim, the LGBTQ community, the ‘other’ and the various fault lines of race, class and gender also intersect within her work. In this tangled web, the extractive nature of capitalism appears to promise liberty and happiness, but too often bestows debt and despair.

In the first session of this program, Shahzia Sikander will lead a virtual tour of the exhibit and will be joined by Jason Rosenfeld for a conversation about the works in the show. Dr. Ainsley M. Cameron will lead a discussion with Shahzia in the second session where they will discuss themes of feminism in Sikander’s work.

This program will take place live online with an opportunity to interact with the speakers. Sessions will be recorded and made available for patrons for later viewing as well.