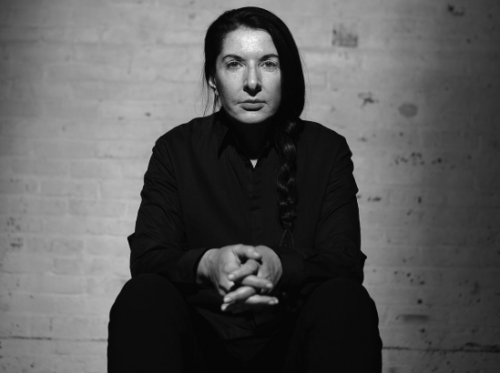 Hear artist Marina Abramović talk about her work in the context of the past, present and future of performance art.

Since the beginning of her career in Belgrade during the early 1970s, Marina Abramović has pioneered performance art, creating some of the form’s most important early works. Exploring her physical and mental limits, she has withstood pain, exhaustion and danger in her quest for emotional and spiritual transformation.

In this talk, Abramović will explore her 50-year art career focusing on the body as material, her relationship to the public, as well as her vision for the future of long durational and immaterial art. This event will also be an exciting opportunity to learn more about the new work she will present in 2020 in her solo exhibition at the RA*.

The talk will be followed by a Q&A with the RA’s Artistic Director Tim Marlow.

The talk will be accompanied by speech to text transcription courtesy of Stagetext.

Marina Abramović is a world-renowned performance artist. She was one of the first performance artists to become formally accepted by the institutional museum world with major solo shows taking place throughout Europe and the US. She is the founder of the Marina Abramović Institute (MAI), a platform for immaterial and durational art. She was awarded the Golden Lion for Best Artist at the 1997 Venice Biennale for her video installation and performance Balkan Baroque, The French Ordre des Arts et des Lettres Officier for work in Bolero, Paris, 2013 and The Austrian Decoration of Honor for Science and Art, 2008.