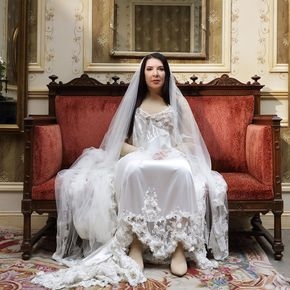 “Vissi d'arte” - a life dedicated to art. Shortly before the famous singer Floria Tosca sticks the knife in the chest of the bestial cynic Scarpia, she sings about her life in wistful retrospect. Even if the aria marks the calm before the storm - the death of her adversary - this turning point in Giacomo Puccini's opera also points to Tosca's fate. The prima donna assoluta of the 20th century, Maria Callas, sang this aria often. Marina Abramović has been fascinated by the life of the “tigress” - as Callas was called - for decades. Now she has the opera project 7 Deaths of Maria Callasconceived, in which exemplary seven stage deaths are modeled on the basis of the musically and scenically formative highlights from the respective opera - all arias that were of great importance for Maria Callas. In seven films, Marina Abramović will die together with Willem Dafoe seven times and at the end of the evening, when it comes to the real death of Maria Callas in Paris in 1977, she herself will be on stage as a performer. In addition to the well-known arias from the 19th and 20th centuries, the Serbian composer Marko Nikodijević will compose music for the musical design of the opera, describing that Callas' unconditional life for art never allowed a separation between stage appearance and private person.