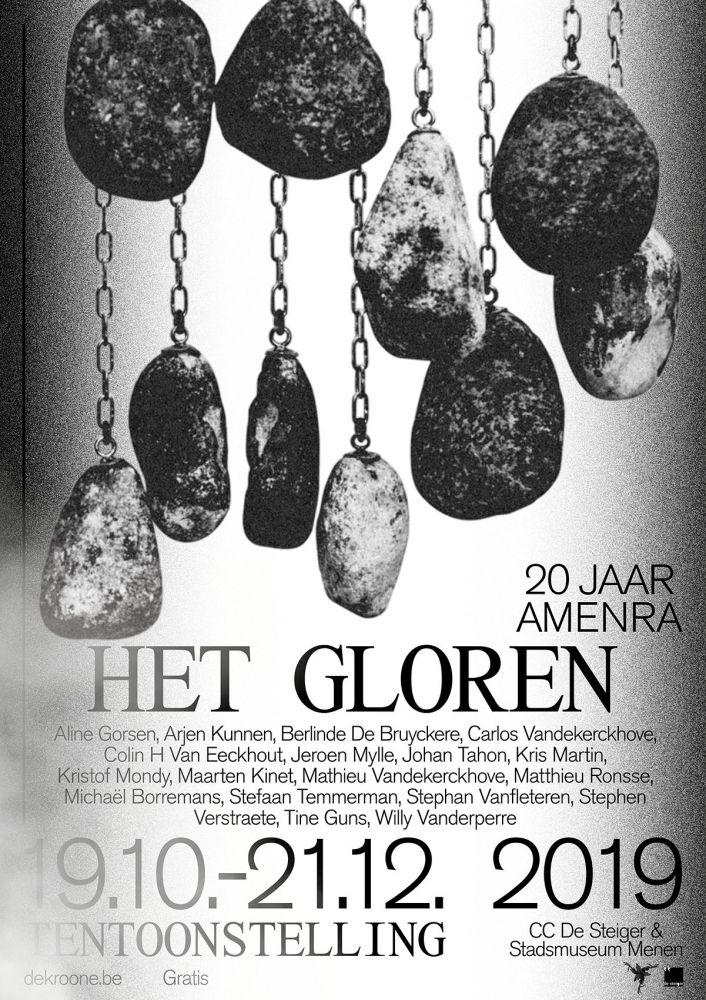 Since its founding in 1999, the Amenra music company in Kortrijk has always had a strong focus on the development of an in the meantime recognizable, artistic visual language.

This manifested itself in artwork, video art, photography, live visuals, graphics, objects and installations. Over the years, the group previously collaborated with many artists from their entourage, the 'Church of Ra', but also with Belgian artists such as Michaël Borremans or Berlinde De Bruyckere. The Gloren exhibition presents an anthology of those collaborations, but also shows other work, always selected by Amenra.

The Gloren will be a captivating exhibition with work by Belgian top artists, taking over the exhibition hall in De Steiger and the entire city museum.