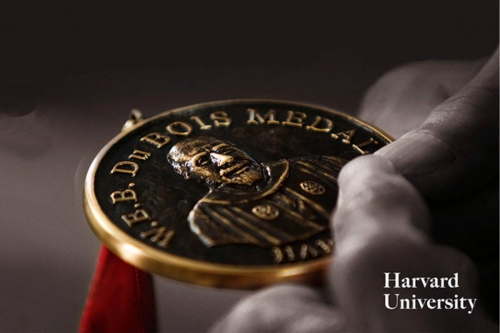 Athlete and activist Colin Kaepernick and activist and comedian Dave Chappelle are among the eight distinguished people who will receive the W.E.B. Du Bois Medal at the sixth annual Hutchins Center Honors presented by the Hutchins Center for African & African American Research at Harvard University.

All of the Du Bois medalists have made significant contributions to African and African-American history and culture, and more broadly, are individuals who advocate for intercultural understanding and human rights in an increasingly global and interconnected world.

The ceremony will be held Oct. 11 at 4 p.m. in Sanders Theatre, Memorial Hall, 45 Quincy St., Cambridge.

“In the year of the 150th anniversary of his birth, W.E.B. Du Bois would be proud of the eight individuals being recognized at this year’s Hutchins Center Honors,” said Henry Louis Gates Jr., Alphonse Fletcher University Professor and director of the Hutchins Center. “Emerging from a variety of backgrounds and professions, each represents the quest for knowledge, freedom of expression, and pursuit of truth that are foundational to black history and culture, and that were foundational to Du Bois as a thinker and activist.”

Glenn H. Hutchins, co-founder of North Island and chairman of the National Advisory Board of the Hutchins Center, said, “The Hutchins Center Honors celebrates the innovators and trailblazers who seek, each in their own way, to nudge the arc of history toward justice. The W.E.B. Du Bois medalists who will be on this year’s stage at Sanders Theatre have all had an outsized impact for the better on our society, our nation, and even our world. It will be a privilege to be among them.”

Kehinde Wiley has firmly situated himself within art history’s portrait-painting tradition. He engages the signs and visual rhetoric of the heroic, powerful, majestic, and the sublime in his representations of urban black and brown men and women found throughout the world. By applying the visual vocabulary and conventions of glorification, history, wealth, and prestige to subject matter drawn from the urban fabric, the subjects and stylistic references for his paintings are juxtaposed inversions of each other, forcing ambiguity and provocative perplexity to pervade his imagery.

Wiley holds a B.F.A. from San Francisco Art Institute, an M.F.A. from Yale University, and an honorary doctorate from Rhode Island School of Design. His paintings are in the collections of more than 40 museums, including the National Portrait Gallery, Washington, D.C.; the Los Angeles County Museum of Art; the Hammer Museum, Los Angeles; the Museum of Contemporary Art, Los Angeles; the Metropolitan Museum of Art, New York; and the Brooklyn Museum. Wiley was recently the subject of the documentary “An Economy of Grace” (2014, Show of Force). The U.S. Department of State honored him in 2015 with the Medal of Arts, celebrating his commitment to cultural diplomacy through the visual arts. In February 2018, his portrait of Barack Obama was added to the permanent installation of presidential portraits in the Smithsonian’s National Portrait Gallery.