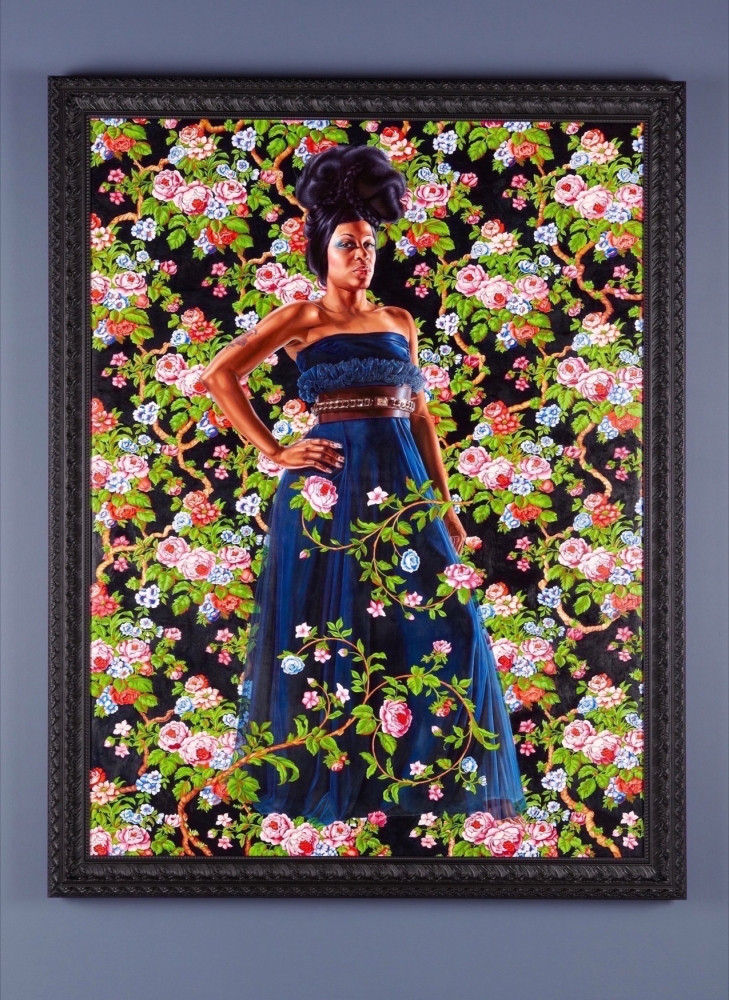 Today’s #IntheArchive takes us back to #KehindeWiley’s debut exhibition at the gallery, An Economy of Grace, May 6 – June 16, 2012. The exhibition represented a significant departure from Wiley’s previous subject matter for its depiction of African American women, his first series dedicated to female subjects. The models for his paintings were discovered by Wiley's process of street casting in NYC. The poses they were assigned were based on historical portraits of society women by artists such as Jacques-Louis David, Thomas Gainsborough and John Singer Sargent.

Instead of representing the models in their own clothes, as is often the case with his portraits of men, Wiley collaborated with Riccardo Tisci, the then Creative Director of Givenchy, to design sex unique contemporary dresses for the women that evoked historical precedents. As creative collaborators, Wiley and Tisci spent numerous hours together walking through the Louvre and discussing both the aesthetic and conceptual context for the project, specifically society’s ideals of feminine beauty and the frequent marginalization of women of color. The resulting paintings were a celebration of black women, creating a rightful place for them within art history, which has traditionally been an almost exclusively white domain.

Speaking at the time, Wiley stated: “The phrase ‘an economy of grace’ speaks directly to the ways in which we manufacture and value grace and honor, the people that we choose to bestow that honor upon, and the ways in which grace is at once an ideal that we strive for and something that is considered to be a natural human right. I am painting women in order to come to terms with the depictions of gender within the context of art history. One has to broaden the conversation...This series of works attempts to reconcile the presence of black female stereotypes that surrounds their presence and/or absence in art history, and the notions of beauty, spectacle, and the ‘grand’ in painting.”