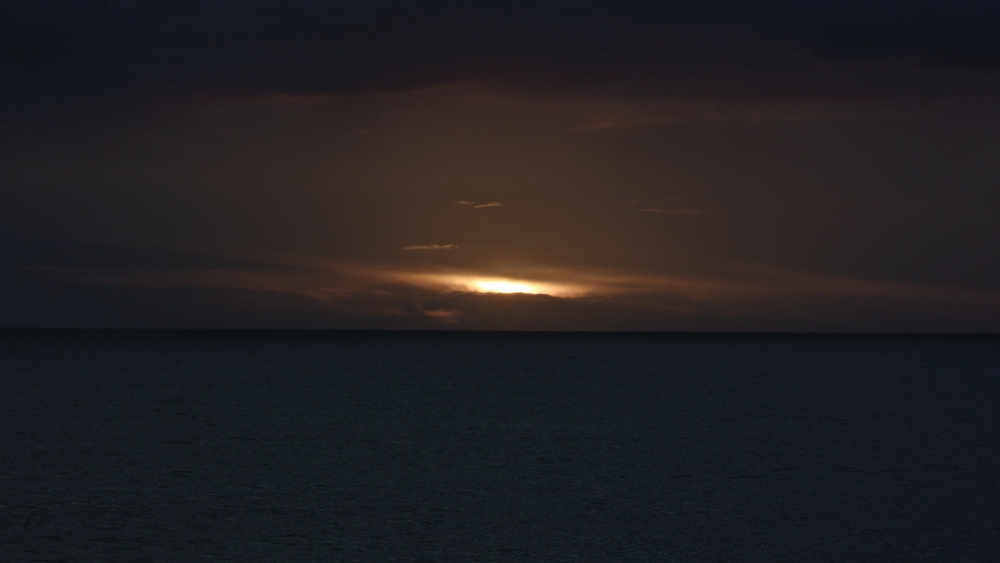 The convergence between arts, sciences and technology, between nature, city, ideas, words and collective action, forms the field of explorations of The Fourth World, the 14th Biennial of Medial Arts of Santiago. We seek to develop adaptation and transformation strategies before a present determined by the integration of digital technologies in a good part of social processes, the infoxication produced by media saturation and the overexploitation of nature, today reduced to resources and services.

Combining the logic of intuition, creation, precision, archiving and connection, we want to generate multi-scale instruments and perspectives with which to explore the crisis and imagine ways of adaptation and balance to trace the path back to earth.

For the exhibition, Julian Charrière presents Iroojrilik - An Invitation to Disappear. Charrière's work captures the structures “of the decline of the atomic-industrial architecture of the Bikini Atolls”. Its editing form suggests more morphological coincidences with the monstrous remains that lie at the bottom of the Bikini Atoll lagoon, assaulted by tide and time, than with humans. Without using archival material, its original underwater images captured at depths well below standard diving profiles, Iroojrilik is, without a doubt, the most unique and complete perspective on the maritime ruins of Bikini ever gathered. However, instead of explaining individual ships or buildings, the cumulative impression given is that of an Atlantis or a lost civilization: it seems that a submerged mega-structure has been discovered.

On the other hand, through a series of montages, mixing sunsets and sunrises, he proposes an uncertain distinction between sunrise and autumn: the first light of a new day in the history of the Pacific and the decline of another. Visions of multiple suns and endless sunrises extend across the horizon. The pictorial energies change and balance, like palm trees and coral ferns that grow in canyon mounts, between construction and destruction, transporting the viewer to a "no place", or the beginning of a new and brave world.