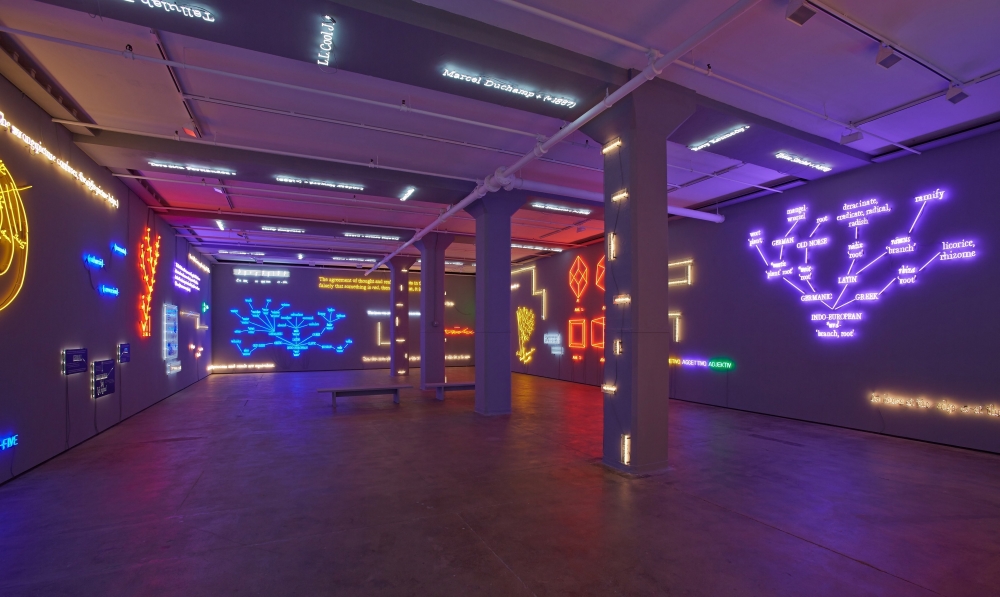 Thursday's #InTheArchive is with Joseph Kosuth during what would have been his current exhibition at the gallery. Today we revisit his monumental exhibition ‘Agnosia, an Illuminated Ontology’ at the gallery, November 7 – December 19, 2015.

This major installation featured neon works from over five decades of internationally acclaimed Conceptual artist #JosephKosuth's career. The exhibition included over forty works dating from 1965 to 2015, and simultaneously chronicled Kosuth’s fifty-year investigation into the role of language and meaning in art, and his consistent use of neon.

The exhibition included historic early works, featuring one of the most important neons Kosuth ever made, ‘Five Fives (to Donald Judd)’ [blue], (1965), alongside works such as his ‘Camus Illuminated’ series (2013). Installed in a response to the gallery’s specific architectural space, ‘Agnosia, an Illuminated Ontology’ utilized areas never before activated for exhibition purposes, creating an all-encompassing and profound experience for the viewer.

A radical pioneer of conceptual and installation art, Kosuth initiated appropriation strategies, language-based works and the use of neon as a medium – considering it a form of ‘public writing’ without fine art associations – in the 1960s. Kosuth’s ongoing investigations into language and perception, and the appropriated use of literature, philosophy, and psychology have characteristically taken the form of works in series, a format that opens up space for play and reflexivity in multiple directions.