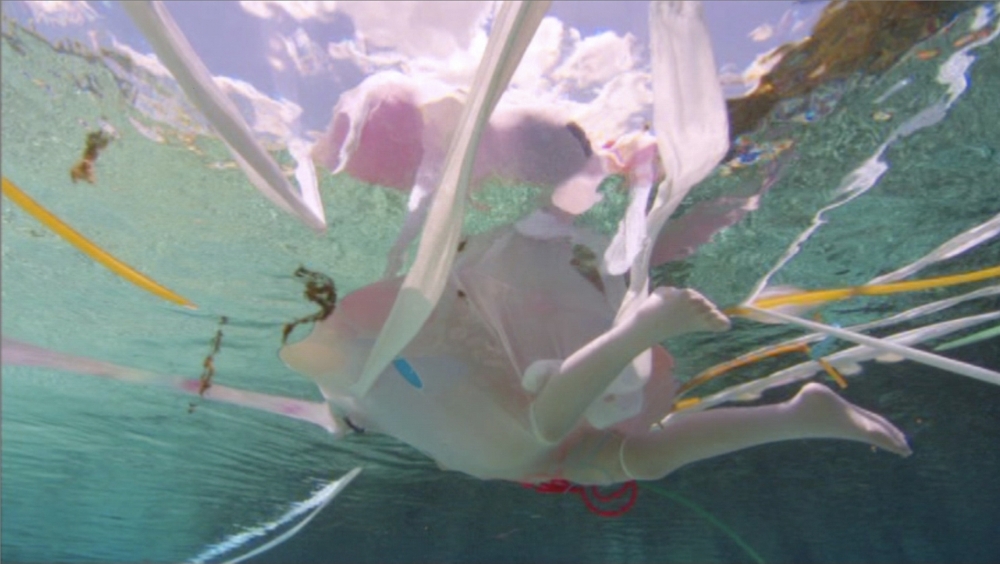 Janaina Tschäpe’s project is none other than that announced by Claude Monet in 1909: "My only desire is an intimate infusion with nature, and the only fate I wish, in keeping with Goethe’s precept, is to have worked and lived in harmony with her laws.” The work of the Brazilian artist - videography, drawing, performance, painting - takes its inspiration from observations of nature, its elusiveness and its metamorphoses.

"For me, painting means feeling something close up, being in the present physically, body and soul. I could never explain this intimate dialogue with the canvas to anyone. My painting does not come from images. It emerges from my observations, which might just as well come from observations of nature as from my imagination; in my view the two go hand in hand."

In a strange and dreamlike manner, Janaina Tschäpe’s video Blood, Sea – the title is borrowed from Italo Calvino – immerses the viewer in an organic, colourful universe, freely asserting her sense of belonging to Afro-Brazilian culture.

For the Musée de l’Orangerie, Janaïna Tschäpe paints and draws, thinking of Monet by his pond at Giverny when the old master was reinventing, beyond the myth of plein air painting, the happiness he felt in filling notebooks with quickly sketched observations. This language is not dissimilar to the language which, in 2018, shed light on the drawings affixed to some of her paintings: "This comes from my desire to stay a little longer with my painting when most of the work is done. I often feel a desire to continue touching up the painting a little more, with pencil for example, to go over its colourful skin like a caress, not only with large brushstrokes, but rather with small considered signs, with hesitation, to feel the nearness of the canvas with my hand or even with my nose. It is only afterwards that I can see what kind of signs this produces, to my great surprise."