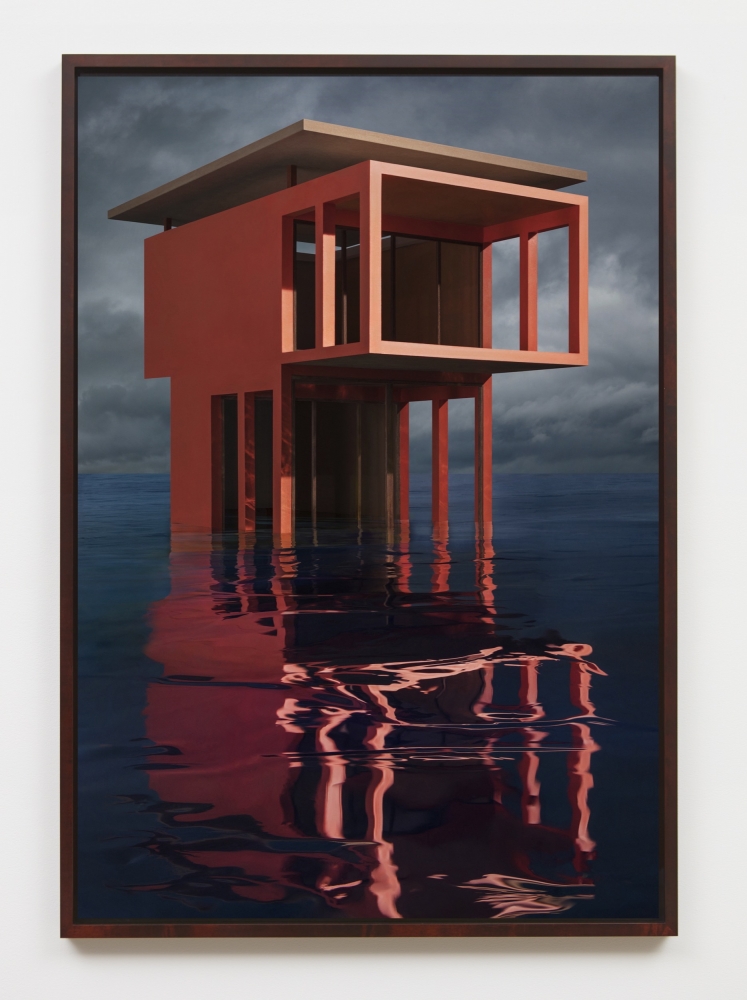 #InDetail with James Casebere’s Red/Orange Solo Pavilion, 2018. This photograph was among the first Casebere produced in a recent series depicting hybrid structures of public/private spaces.

Over the course of forty years, James Casebere has developed a unique and increasingly complex language of "constructed photography" in which he creates models based on art historical, cinematic and architectural sources, which he then lights and photographs. This most recent series, however, marks a departure in Casebere's conceptual approach. Here he becomes the architect, designing the open structures he builds and then photographs. Geometrically designed edifices rendered in palettes ranging from somber tones to vibrant colors, these edifices are at once concrete and abstract. Open, even unfinished buildings of the sort that provide sanctuary—beach houses, cabanas, bathhouses—they are places the artist refers to as “structures of pride, tenacity, and structural stability.”

Casebere described them in more detail, saying, “there is such a playful atmosphere to them. It feels like an expression of the indomitable human spirit. These things could be rising out of the water like the first animal to emerge out of the water and live on land.” Neither utopian nor dystopian, the images in this series are meant to inspire an appreciation of pure beauty imbued with a touch of uncertainty. In these unmoored, flooded pavilions Casebere sees human ingenuity in the face of global warming. Acknowledging the possible dread of an unknown future that these pictures might embody; he also insists that we “can’t afford to throw our hands up in despair and resignation.” In fact, Casebere acknowledges that these structures are about tenacity, adaptation, ingenuity, and perhaps, optimism, telegraphing a sensibility that reflects his own stated belief that in this life, sometimes, “there is a silver lining.”