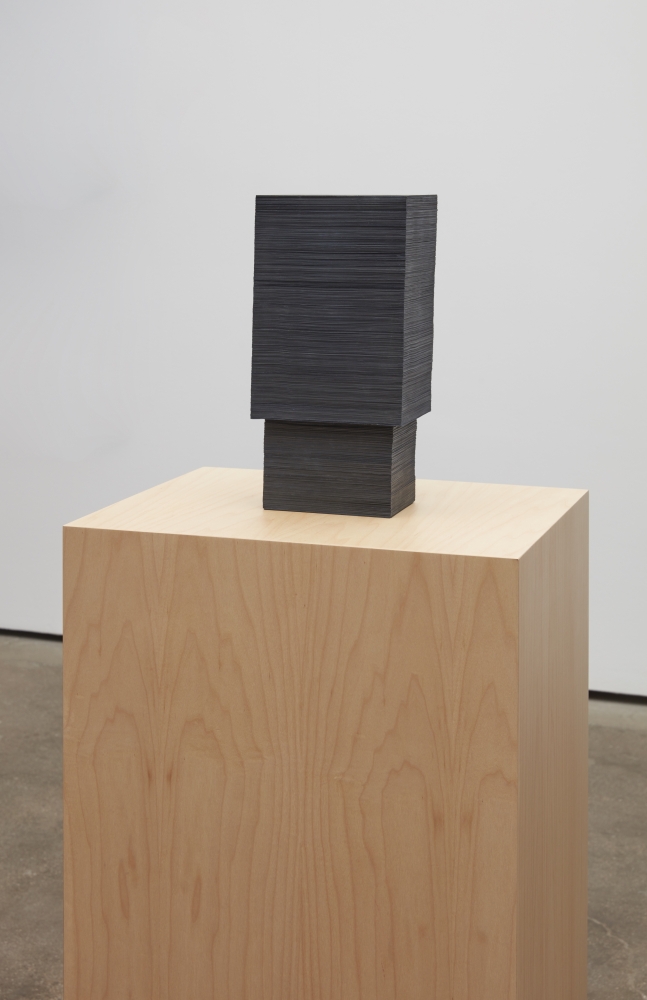 Today we go #InDetail with Idris Khan’s sculpture My Mother, 2019.

To produce this work, #IdrisKhan compiled every printed photograph he could find of his late mother taken in her lifetime (around 360), and cast the group in Jesmonite to form an abstract monument that collapses memory and time into a singular column. This work was featured in Khan’s solo exhibition, Blue Rhythms, held at the gallery May 4 – June 22, 2019.

In November 2019, a parallel sculpture was permanently installed at One Blackfriars, London. Constructed in the same fashion as My Mother, but cast in aluminum on an epic scale, 65,000 Photographs compiled every photograph Kahn produced over the past five years of his own life, numbering over sixty-five thousand images.

This startling contrast serves as a record not only of Khan’s own obsessive image making, but a marker indicating our restless society’s collective obsession with documenting every moment of its quotidian lives. As Khan has noted, “Cameras have replaced our eyes; we want to photograph everything before we even see it” His sculpture represents the proliferation of photography in the modern age and draws attention to the almost forgotten art of photographic printing in our ever more digitized world.