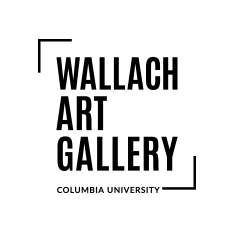 The Uptown Triennial 2020 exhibition, the second iteration in the series, presents the work of contemporary artists in dialogue with the Harlem Renaissance, a defining moment in American modernism and African-American cultural history, during its centennial year.

The exhibition features 22 artists whose works project a confidence in Black identity that reflects a quest for making visible emerging subjectivities that mine popular and historical iconographies. Forging new imagery foregrounding the unique assets of the Black American experience is a correlative to the earlier cultural and intellectual movement, that searched for meaningful narratives for redefining the myriad possibilities of expressing Black self-awareness. The works in the exhibition deploy, through a range of strategies—from photographic realism to poetic and symbolic imaginaries—a deep investment in representing our current moment.

Alain Locke, the principal intellectual architect of the Harlem Renaissance, refined the concept of The New Negro which was widely circulated in his 1925 anthology of the same name. A first edition of this important cornerstone of the movement is included in this exhibition.

While the emphasis in this exhibition is on works aligned with the Harlem Renaissance’s aspirational and community-minded values it is also distinctly aligned with the current growing wave of the anti-racism movement.