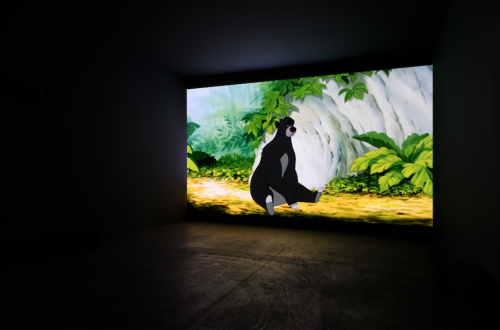 A date with video art in Casa Vicens

For the second year running, Gaudí’s first house is taking part in LOOP festival of video art. In this edition, Casa Vicens forms part of the spaces that host the collective exhibition The Bee Who Forgot the Honey, curated by Aurélien Le Genissel. The show presents a new approach to the notion of landscape under the concept of “inappropriability”, conceived by Italian philosopher Giorgio Agamben. In this sense, the landscape is no longer an object to be bought, used or possessed. It doesn’t represent a setting or horizon to be explored, an entirety that is detached from man, or a reserve of assets to be exploited, but rather the paradigm of a more spiritual, humble or emotional way of being-in-the-world.

From 12th to 24th November, Casa Vicens welcomes to one of its bedrooms, the work The Pure Necessity (2016) by Belgian artist David Claerbout. The video comes from an idea conceived by David Claerbout, giving back to the animals featured in the classic 1967 Disney film, The Jungle Book, their original behaviour. In the video, the animals are no more than just animals, with an attitude of waiting and passivity, related to the landscape where they live together as one. Claerbout rejects action and presents a more contemplative and transcendental landscape, recovering, in some way, the romantic idea of nature.