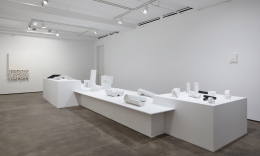 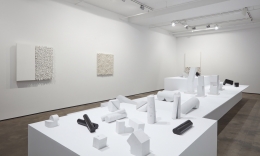 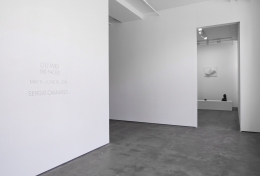 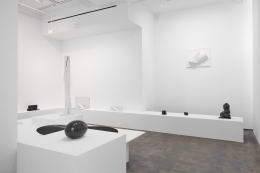 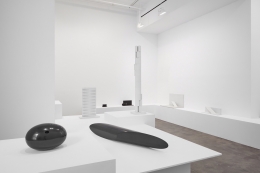 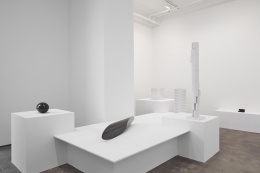 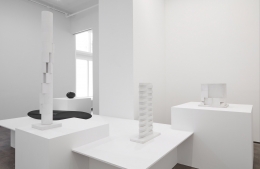 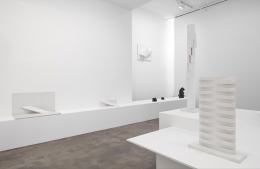 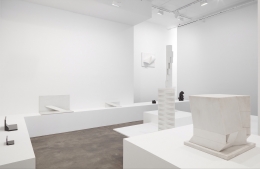 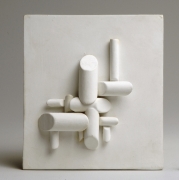 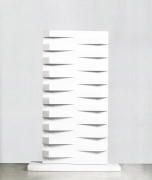 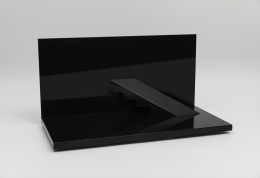 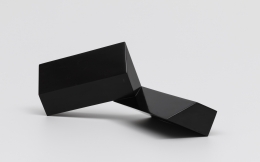 Sean Kelly is delighted to present the first ever solo exhibition in the United States by the internationally celebrated sculptor Sergio Camargo (1930-1990), one of Brazil’s most important artists of the 20th century. Camargo is recognized for abstract compositions in which geometric forms converge with minimal planes, he created wall-based reliefs, large freestanding sculptures and modestly scaled, architectonic structures unified by a sense of vitality and harmony. There will be an opening reception on Friday, May 4 from 6-8 pm.

Working in wood, stone, terracotta, and bronze, Camargo produced numerous sculptures in white Carrara and black Belgian marble, favoring the opposition of light and dark between the two materials. A similar tension of opposites informed his visual language; although distinctly minimal in composition and form, the active interplay of cuboid and cylindrical forms infuse his sculptures with life, whilst in others, it is the reconciliation of that tension that informs their power and elegance.

Though he is often associated with Neo-Concrete and Constructivist movements, Camargo’s work is distinct from many of his Brazilian contemporaries. He lived and worked in Rio de Janeiro, Buenos Aires, Massa, Italy, and Paris. During this time, he admired Brancusi’s work, whose studio he frequented. He also became aware of the work of Hans Arp, Henri Laurens, and Georges Vantongerloo. Camargo returned to Paris between 1961 and 1973 and then settled permanently in Rio de Janeiro. His work was included in the Venice Biennale in 1966 and 1982, and Documenta IV in 1968, and he was awarded the International Sculpture Prize at the 1963 Paris Biennale and the VII Bienal de São Paulo in 1965.

Camargo completed many works in public spaces, including the Ministry of Foreign Relations Palace in Brasília and the Homage to Brancusi column for the College of Medicine in Bordeaux, France. His work is included in prestigious public and private collections including, the Albright-Knox Art Gallery, Buffalo, New York; the Birmingham Museum of Art, Birmingham, Alabama; the Dallas Museum of Art, Dallas, Texas; the Fundación Cisneros, Colección Patricia Phelps de Cisneros, New York; the Hirshhorn Museum and Sculpture Garden, Washington, DC; the Kunstmuseum, Bern, Switzerland; the Los Angeles County Museum of Art, Los Angeles, California; the Musée national d’art modern—Centre Pompidou, Paris, France; the Museum of Fine Arts, Houston, Texas; The Museum of Modern Art, New York; and the Tate Gallery, London, England, amongst others.

This exhibition is organized in collaboration with Galeria Raquel Arnaud, São Paulo, which has represented the artist’s estate since 1990. 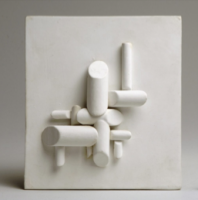 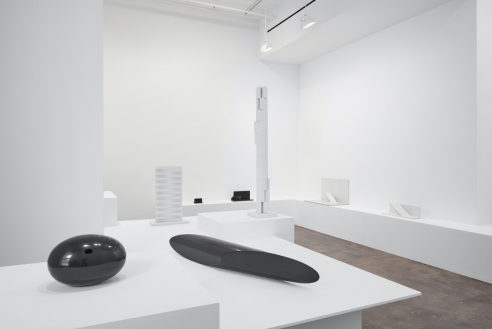 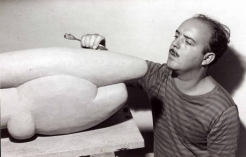