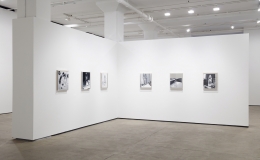 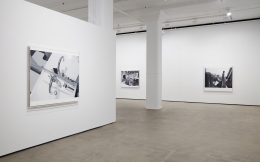 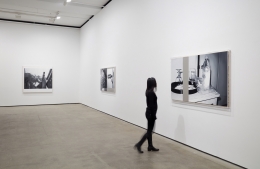 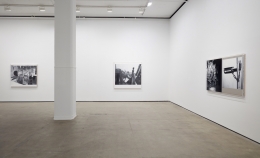 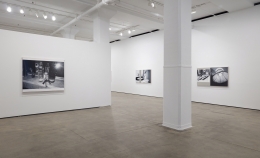 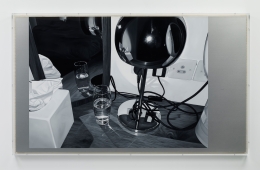 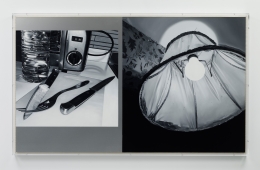 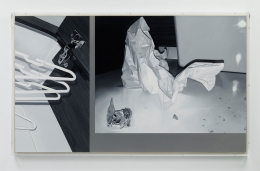 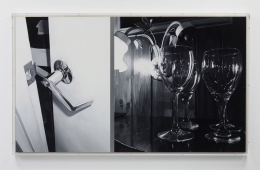 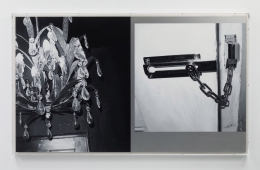 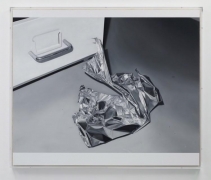 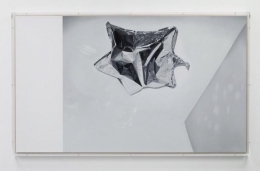 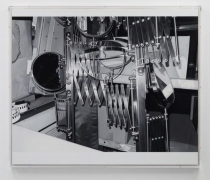 January 19, 2016 – Sean Kelly is delighted to present a major solo exhibition of new paintings by London based artist, James White. An opening reception will take place on Thursday, February 11 from 6:00 to 8:00pm, the artist will be present.

Known for producing finely wrought, luminous black and white oil paintings, White’s masterfully rendered moments of everyday life bear comparison to the quietude of paintings by the Flemish masters and Lucian Freud’s early interiors, whilst the distilled forms that inhabit them reflect a more contemporary, ritualized, minimalist sensibility. Painted on aluminum, wood, or plastic, his practice has its origin in photographs taken of his immediate environment, both domestically and whilst traveling — a door that is slightly ajar, a glass of water left on a bathroom sink, a broom leaning against a wall. The seemingly ordinary objects in the paintings imply a narrative arc that, similar to a cutaway shot in film, create a psychologically Hitchcockian sense of suspense and pause for thought on the nature of the actions that could be occurring just outside the frame.

The paintings White presents in this exhibition reimagine the still life as a chance freeze-frame instead of a carefully arranged composition of selected elements. Playing with scale, this new body of work employs the ubiquitous widescreen format of modern television and computer screens to amplify the intensity of a moving image that has been arrested. The exhibition also presents paintings in which, for the first time, White has begun to choreograph the narrative by pairing two seemingly separate scenes onto the same surface, creating a self-contained dialogue filled with ambiguous tension. In each work, White has intentionally left strips of surface area completely blank, emphasizing the arbitrary cutting, cropping, and breaking of images — a regular feature in contemporary visual language, and one to which we have become increasingly inured.

James White received his BA from the Wimbledon School of Art in 1989 and his MA from the Royal College of Art in 1991. Recent exhibitions include James White: New Paintings, The Goss-Michael Foundation, Dallas; NATURE MORTE: Contemporary Artists reinvigorate the Still Life at Ha gamle prestegard, Stavanger, Norway; The Adventure of Reality: International Realism, Kunsthal, Rotterdam, The Netherlands; Go for It! Art from the Olbricht Collection, Weserburg Museum of Modern Art, Bremen; and All Tomorrows Pictures, Institute of Con-temporary Art (ICA), London. White was a John Moores 24 prizewinner in 2008 and the subject of a major monograph, James White: Paintings, with essays by Martin Herbert and Jeremy Millar, published in 2011 by FUEL.

Concurrent with this exhibition, Sean Kelly will present an exhibition of new paintings focusing on the Cuban land-scape by Havana based artist Alejandro Campins in the front and downstairs gallery spaces. 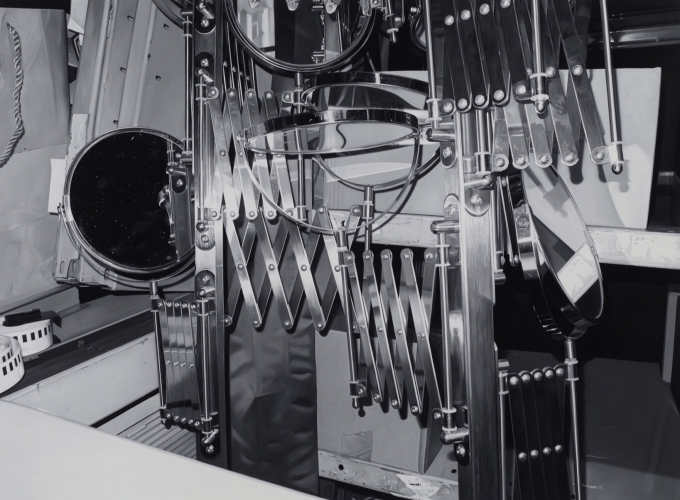 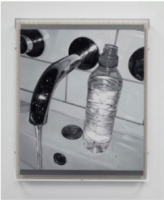