Sean Kelly Gallery is delighted to announce Deposition, an exhibition of new works by Brazilian artist Iran do Espírito Santo. The opening of the exhibition will take place on Thursday, September 4th from 6pm until 8pm. The artist will be present.

The exhibition is comprised of two distinct bodies of work. In the main gallery there will be a site-specific wall painting titled En Passant. Since the late 1980s, Espírito Santo has been making site-specific interventions in architectural space utilizing representations of materials such as glass, wood and brick. With En Passant, the artist focuses on simulated modulations of light on walls, depicted in various gradations of the color gray. Applying extraordinary technical and formal rigor, the artist creates an environment that appears to allude to a dark room photographic test strip, on a monumental architectural scale. The wall painting becomes an almost mathematical depiction of a gray scale that amalgamates natural light and a representation of pictorial light, creating a complex conceptual interplay between the two.

In galleries one and two, two large-scale granite sculptures entitled Deposition 1 and Deposition 2 are simulacra of oversized framed pictures, in which the frame, passé-partout, and image are created from the same material. The picture as subject matter has been a recurrent theme in Espírito Santo's work and in these two major new works he has produced iconically mute monumental sculptures that reference design and functionality, as well as traditions within the Minimalist oeuvre.

Curator Gary Garrels writes: "Iran do Espírito Santo makes wall drawings that allude to the three-dimensional space of architecture, transformed into flat planes, like artificial shadows, retinal after images, or disembodied memories. His sculptures likewise are perceived more as a picture of things than as solid objects. In all of his work, experience is inextricably linked to self-conscious processes of perception, the connection of the eye and mind seamlessly sealed but made evident." 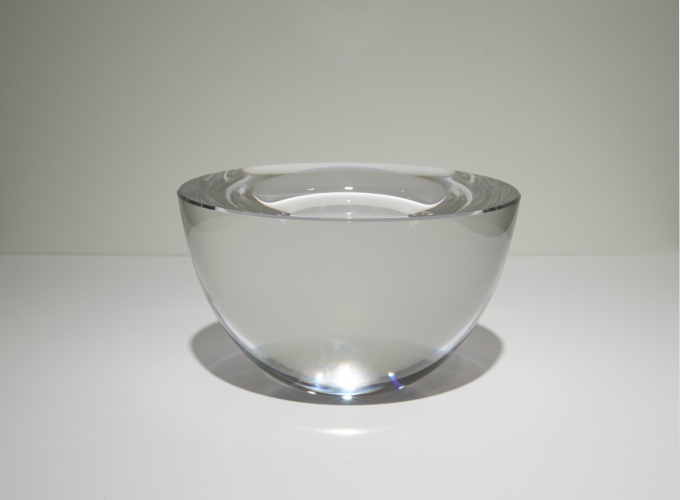