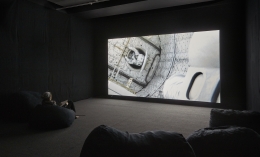 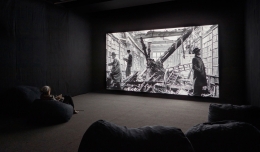 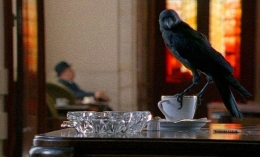 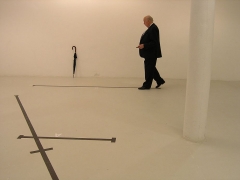 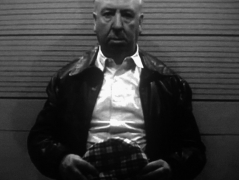 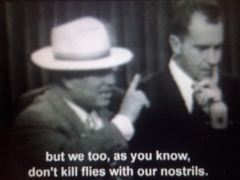 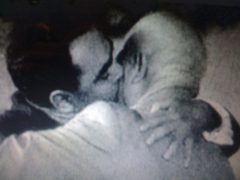 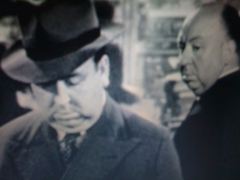 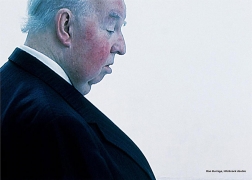 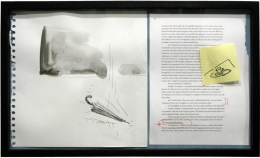 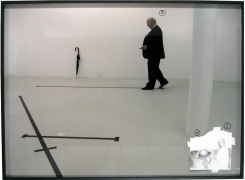 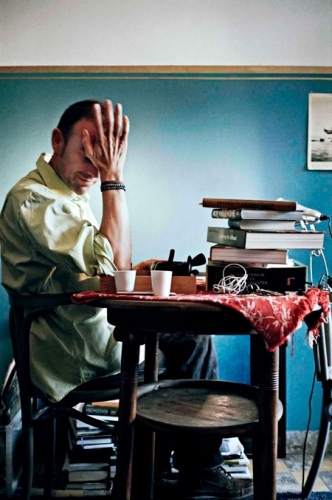 Johan Grimonprez was born in Roeselare, Belgium in 1962. He studied at the School of Visual Arts and attended the Whitney Museum Independent Study Program in New York.

Grimonprez achieved international acclaim with his film essay, dial H-I-S-T-O-R-Y. With its premiere at Centre Pompidou in Paris, France and Documenta X in 1997, it eerily foreshadowed the events of September 11th. The film tells the story of airplane hijackings since the 1970s and how these changed the course of news reporting. The movie consists of recycled images taken from news broadcasts, Hollywood movies, animated films and commercials. As a child of the first TV generation, the artist mixes reality and fiction in a new way and presents history as a multi-perspective dimension open to manipulation.

Grimonprez's Looking for Alfred, 2005, plays with the theme of the double through simulations and reversals. The point of departure is the film director Alfred Hitchcock and his legendary guest appearances in his own films. Innumerable Hitchcock doppelgangers act out a mysterious game of confusion in which Hitchcock meets Hitchcock. This puzzling game of confusion also pays tribute to the pictorial cosmos of the Surrealist painter René Magritte. Looking for Alfred won the International Media Award (ZKM, Germany) in 2005 as well as the European Media Award in 2006. His full-length feature, Double Take, 2009, received the Black Pearl Award at the Abu Dhabi film festival, a Spirit Award, and was an official selection of both the Berlin and Sundance Film Festivals.

Grimonprez's work is included in numerous international collections such as the Centre Georges Pompidou, Paris, France; the Kanazawa Art Museum, Japan; the National Gallery, Berlin, Germany; and the Louisiana Museum of Modern Art, Denmark. His curatorial projects have been hosted at major museums worldwide such as the Whitney Museum in New York; The San Francisco Museum of Modern Art in California; The Pinakothek der Moderne in Munich, Germany; and the Tate Modern in London, England. Grimonprez achieved international acclaim with his film essay dial H-I-S-T-O-R-Y at Documenta X in Kassel, Germany, in 1997, which eerily foreshadowed the tragic events of September 11th in New York. His films have been included in prestigious film festivals around the globe, including New York, Edinburgh, Telluride, Los Angeles, Rio de Janeiro, Tokyo and Berlin. In 2016, Grimonprez’s most recent feature length film, Shadow World, won Best Documentary Feature Film at the Edinburgh International Film Festival, Edinburgh, Scotland and at the 61st International Film Festival of Valladolid, Spain.

Grimonprez divides his time between Belgium and New York and is a faculty member at the School of Visual Arts (New York). 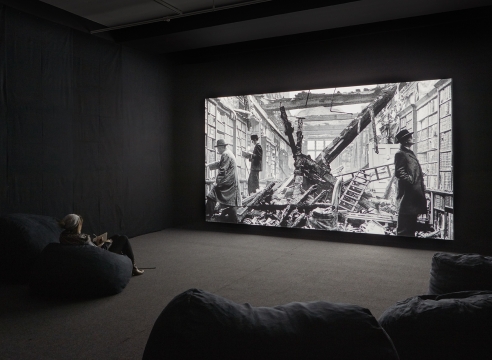 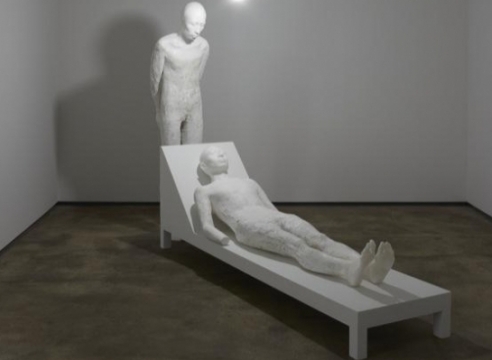 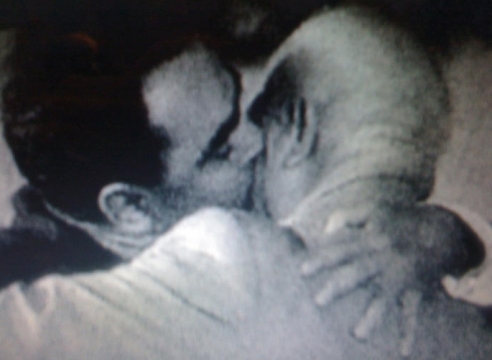 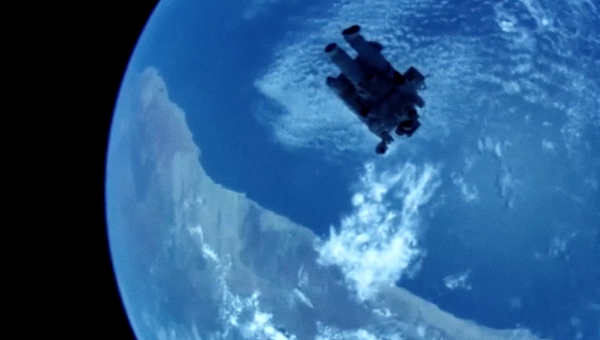 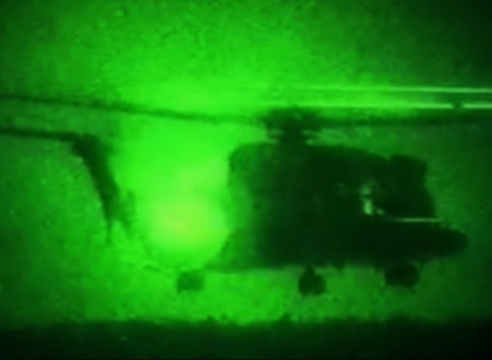 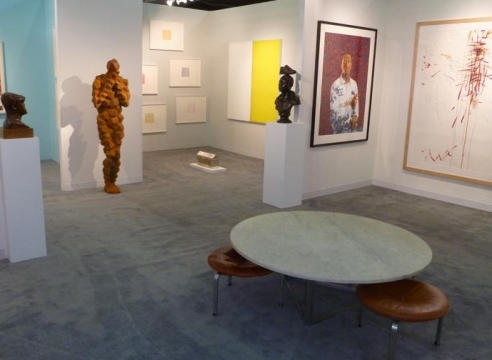 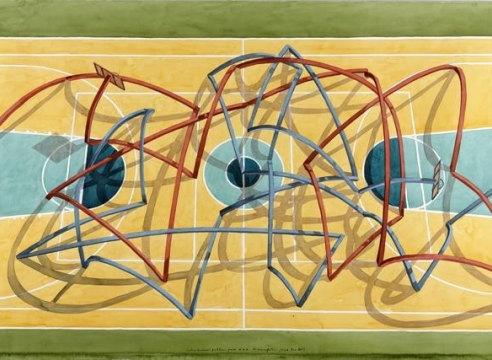 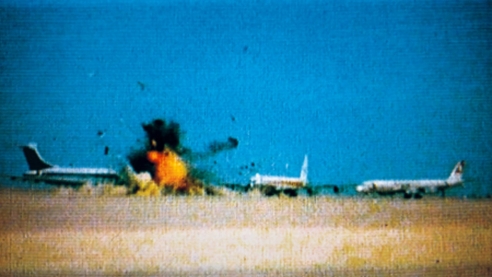 From Warhol to Steve McQueen: a history of video art in 30 works
The Guardian, October 17, 2020
View More 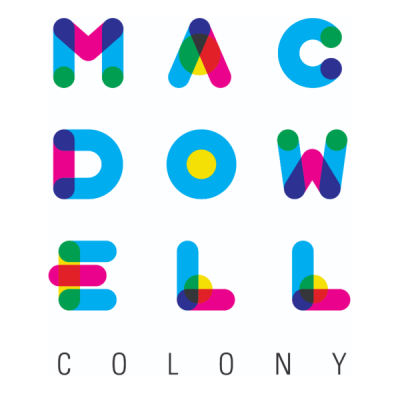 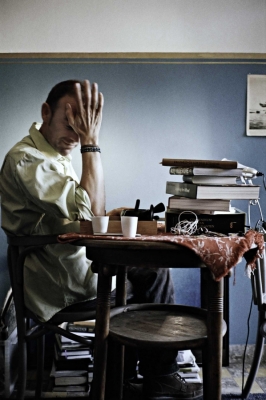 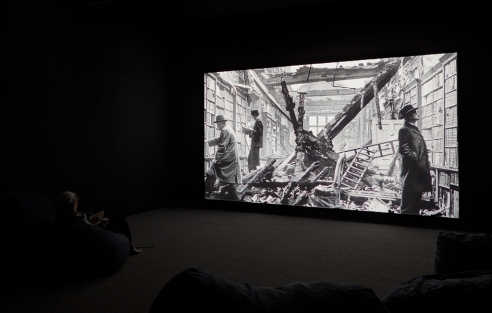 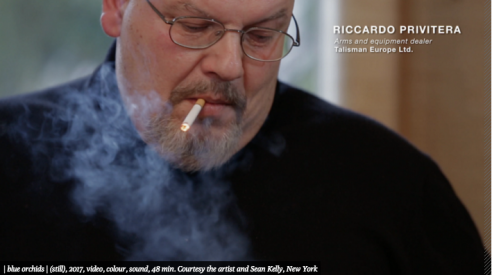 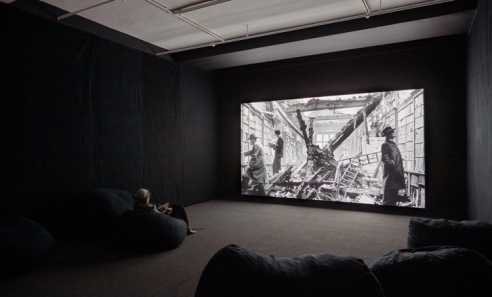 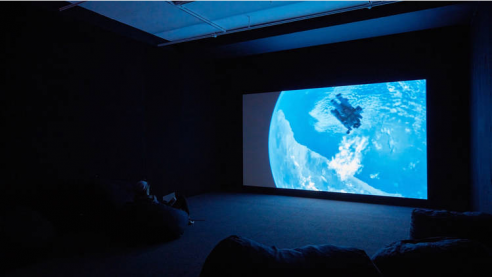 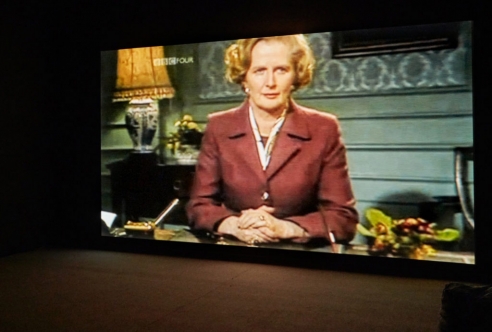 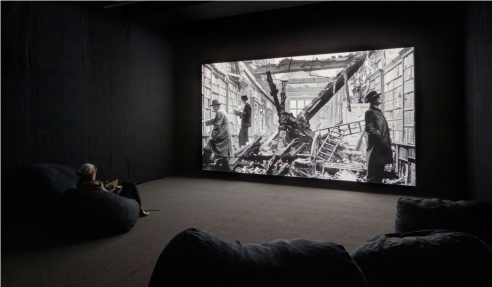 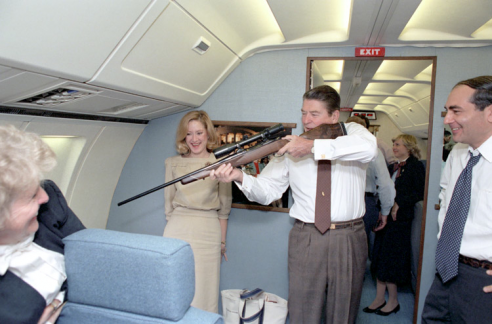 If You Meet Your Double, You Should Kill Him: Johan Grimonprez on Double Take
CinemaScope, April, 2009 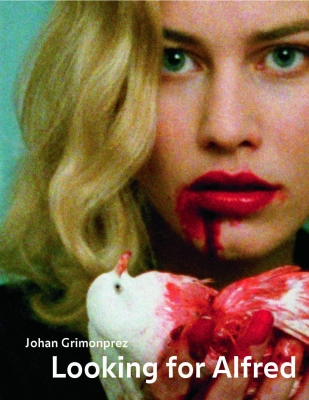