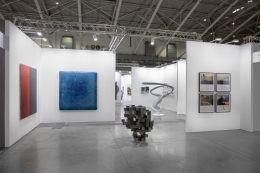 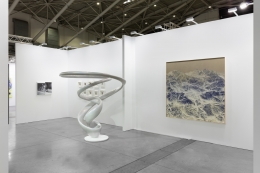 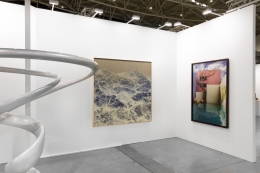 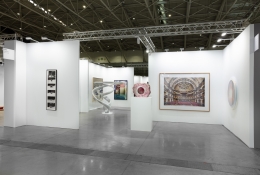 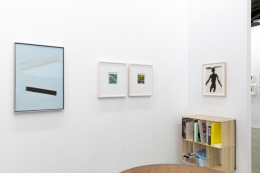 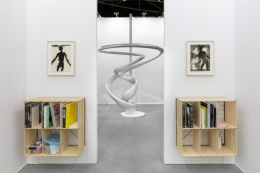 signed by artist on label, verso

signed by the artist, verso with accompanying signed certificate of authenticity

work is accompanied by a certificate of authenticity signed by Ric Urmel, Executor of the Estate

the work is accompanied by a signed certificate of authenticity 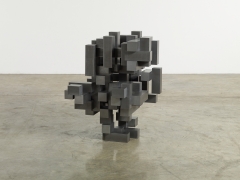 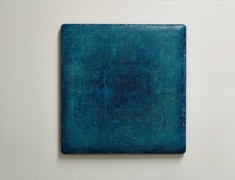 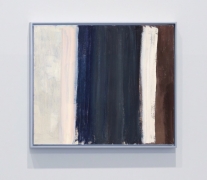 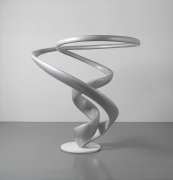 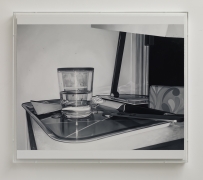 We will present Marina Abramović’s legendary series The Lovers, 1988. A defining moment in the history of performance art, it is the final collaborative work that Abramović made with her former partner Ulay.

In James Casebere’s photographs he continues his career-long interrogation of interior architectural spaces to explore Mexican architect Luis Barragán’s sumptuous use of color, dramatic light and simple haptic, planar surfaces evoking a serene austerity. His work is currently included in the group exhibition, Paradise Lost, at the JUT Art Museum, Taipei on view through April 5, 2020.

We will feature an important sculpture and works on paper by internationally recognized artist Antony Gormley. His oeuvre investigates the relationship of the human body to space and confronts the fundamental questions of where human beings stand in relation to nature and the cosmos. On view will be his sculpture Big Form, 2015, part of Gormley’s series the Big Beamers which use the constructional principles of architecture to reconsider the volume of the body in space and as space.

Ilse D’Hollander (b. 1968 – d.1997) created an extraordinary and highly resonant body of work which demonstrates a profoundly developed sense of color, composition, scale and surface. Through her use of subtle tones and pared down compositions, her work highlights the rich dialogue between representation and abstraction.

Known for meticulously composed, large-scale color images of architectural interiors, Candida Höfer’s oeuvre explores the structure, presentation, and psychological power of space. The highly detailed nature of the work invites the viewer to linger over the architectural details and contemplate the subtle shifts in light that define the character of the space.

Tehching Hsieh’s first “action,” the legendary Jump Piece (1973), in which he flung himself out of an approximately 15-foot-high second-floor window onto concrete, breaking both of his ankles will be on view. Recorded with a Super 8 camera, these photographs established his practice of documenting his own work.

Callum Innes is recognized as one of the most significant abstract painters of his generation. We will feature one of his Split Paintings, in which Innes vertically divides the canvas, then applies two separate colors across the entire surface before removing the paint from one side which retains a chromatic memory of its making. This process is repeated, leaving one half of the painting covered in layered, complex color, whilst the other half reveals varied veils of color buried within the seemingly monochromatic single pigment.

Anish Kapoor’s Untitled Italian alabaster sculpture presents dualities between light and darkness, interior and exterior, convex and concave forms, the manmade and nature, positive and negative space. With this work, Kapoor returns to his preoccupation with the void, which has been interpreted as a reference to the womb and the sublime.

Landon Metz’s paintings imbue the language of abstraction with visual dynamism and a sense of movement. His works have the capacity to expand and engage space serially, while being site-responsive rather than site-specific. Metz’s painting practice is characterized by an intense sensitivity to site and scale.

Japanese artist Mariko Mori’s practice explores universal questions at the intersection of life, death, reality and technology. Her sculpture Cycloid II explores Mori’s interest in Möbius forms and the endless universe of new physics theory, which posits that our cosmos is filled with continuously repeating cycles of evolution.

Su Xiaobai began painting with lacquer—a centuries-old material and technique synonymous with East Asian culture—on linen and bricks, later experimenting with oils, sackcloth, clay, vines, and wood as a substitute for oil on canvas. These thick layers of vibrantly colored lacquer create a balanced composition, whilst simultaneously integrating the artists own unique take on his cultural heritage.

James White’s commitment to representational painting imbues his work with a fundamental permanence, underscoring the continuity in moments of silence, doubt and repose that have been the subject of art for centuries. Concurrent with the fair, White will have a solo exhibition of new paintings at the Sean Kelly Asia in Taipei, on view through March 27, 2020.

Wu Chi-Tsung’s innovative work combines traditional and contemporary forms and methodologies to explore perceptions of the physical and natural worlds through a broad range of media. Works from his Cyano-Collage Series will be exhibited, in which he connects Eastern and Western culture and art to integrate traditional aesthetics. In addition, we will present two videos that conceptually translate traditional cut-branch flower paintings into time-based moving images.

We look forward to welcoming you to our booth and connecting in Taipei.

For additional information on our booth at the fair please visit skny.com 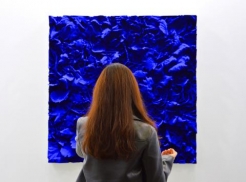 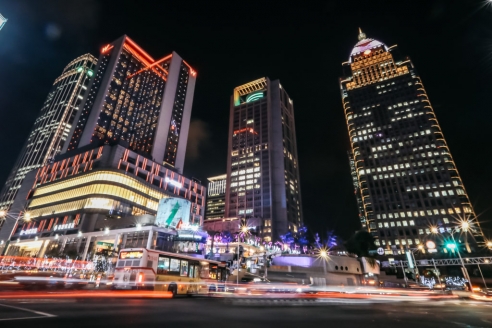 Taipei Was Asia’s Biggest Market Hub 30 Years Ago. Can a Coterie of Art-World Insiders Return It to Its Former Glory?
Artnet News, January 24, 2020
View More